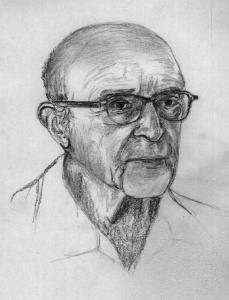 The Rogerian argument, inspired by the influential psychologist Carl Rogers, aims to find compromise on a controversial issue.

If you are using the Rogerian approach your introduction to the argument should accomplish three objectives:

The following is an example of how the introduction of a Rogerian argument can be written. The topic is racial profiling.

In Dwight Okita’s “In Response to Executive Order 9066,” the narrator — a young Japanese-American — writes a letter to the government, who has ordered her family into a relocation camp after Pearl Harbor. In the letter, the narrator details the people in her life, from her father to her best friend at school. Since the narrator is of Japanese descent, her best friend accuses her of “trying to start a war” (18). The narrator is seemingly too naïve to realize the ignorance of this statement, and tells the government that she asked this friend to plant tomato seeds in her honor. Though Okita’s poem deals specifically with World War II, the issue of race relations during wartime is still relevant. Recently, with the outbreaks of terrorism in the United States, Spain, and England, many are calling for racial profiling to stifle terrorism. The issue has sparked debate, with one side calling it racism and the other calling it common sense.

Once you have written your introduction, you must now show the two sides to the debate you are addressing. Though there are always more than two sides to a debate, Rogerian arguments put two in stark opposition to one another. Summarize each side, then provide a middle path. Your summary of the two sides will be your first two body paragraphs. Use quotations from outside sources to effectively illustrate the position of each side.

Since the goal of Rogerian argument is to find a common ground between two opposing positions, you must identify the shared beliefs or assumptions of each side. In the example above, both sides of the racial profiling issue want the U.S. A solid Rogerian argument acknowledges the desires of each side, and tries to accommodate both. Again, using the racial profiling example above, both sides desire a safer society, perhaps a better solution would focus on more objective measures than race; an effective start would be to use more screening technology on public transportation. Once you have a claim that disarms the central dispute, you should support the claim with evidence, and quotations when appropriate.

Remember, you should quote to illustrate a point you are making. You should not, however, quote to simply take up space. Make sure all quotations are compelling and intriguing: Consider the following example. In “The Danger of Political Correctness,” author Richard Stein asserts that, “the desire to not offend has now become more important than protecting national security” (52). This statement sums up the beliefs of those in favor of profiling in public places.

The following is a sample conclusion:

Though the debate over racial profiling is sure to continue, each side desires to make the United States a safer place. With that goal in mind, our society deserves better security measures than merely searching a person who appears a bit dark. We cannot waste time with such subjective matters, especially when we have technology that could more effectively locate potential terrorists. Sure, installing metal detectors and cameras on public transportation is costly, but feeling safe in public is priceless.