It’s very easy to make a bold claim and walk away.  But how many people will be convinced by such a claim, all on its own?

The heavy lifting of most writing comes in the form of supporting details.  Support allows a claim to be verified, proven, and convincing to an audience.

Consider a recent example of an unsupported claim from early in the 2016 US Presidential campaign: 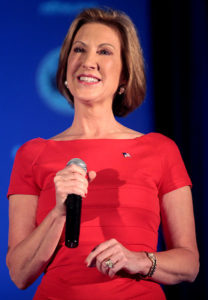 Carly Fiorina on several occasions has said 307,000 veterans have died while waiting for care from the Veterans Health Administration. In one instance, she said all of those veterans “died in the last year,” citing a recent inspector general’s report. But that’s not what the report says.

The VA Office of the Inspector General report said 307,173 of nearly 867,000 pending VA applications belonged to individuals who died. But poor record-keeping made it impossible to say how many of them died while waiting for care or how many of them even applied for care.

It may be coincidence that Fiorina was one of the first candidates to withdraw from the race…but then again, maybe not!

What You Will Learn to Do

The Learning Activities for This Outcome Include