A useful metaphor would be to think of the thesis statement of a text as a general: it controls all the major decisions of the writing.  There is only one thesis statement in a text.  Topic sentences, in this relationship, serve as captains: they organize and sub-divide the overall goals of a writing into individual components.  Each paragraph will have a topic sentence. 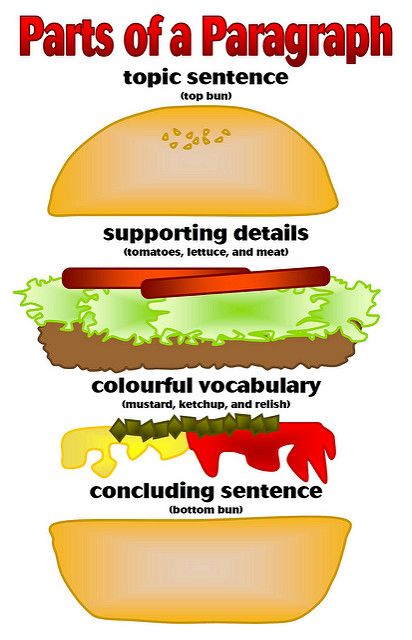 It might be helpful to think of a topic sentence as working in two directions simultaneously. It relates the paragraph to the essay’s thesis, and thereby acts as a signpost for the argument of the paper as a whole, but it also defines the scope of the paragraph itself. For example, consider the following topic sentence:

Many characters in Lorraine Hansberry’s play A Raisin in the Sun have one particular dream in which they are following, though the character Walter pursues his most aggressively.

If this sentence controls the paragraph that follows, then all sentences in the paragraph must relate in some way to Walter and the pursuit of his dream.

The topic sentence is often, though not always, the first sentence of a paragraph.