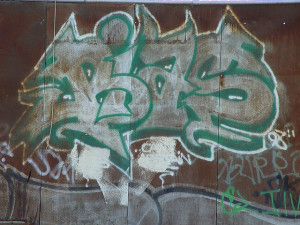 Bias means presenting facts and arguments in a way that consciously favours one side or other in an argument. Is bias bad or wrong?

No! Everyone who argues strongly for something is biased. So it’s not enough, when you are doing a language analysis, to merely spot some bias and say…”This writer is biased” or “This speaker is biased.”

The death of two-year-old Daniel Valerio at the hands of his step-father brought outrage from the media.

Daniel suffered repeated beatings before the final attack by Paul Alton, who was sentenced in Melbourne in February to 22 years jail.

Rupert Murdoch’s Herald-Sun launched a campaign which included a public meeting of hundreds of readers. Time magazine put Daniel on its front cover. The Herald-Sun summed up their message:

The community has a duty to protect our children from abuse – if necessary by laws that some people regard as possibly harsh or unnecessary.

But laws – like making it compulsory for doctors and others to report suspected abuse – cannot stop the violence.

Last year, 30 children were murdered across Australia. Babies under one are more likely to be killed than any other social group.

Daniel’s murder was not a horrific exception but the product of a society that sends some of its members over the edge into despairing violence.

The origin of these tragedies lies in the enormous pressures on families, especially working class families.

The media and politicians wring their hands over a million unemployed. But they ignore the impact that having no job, or a stressful poorly paid job, can have.

Child abuse can happen in wealthy families. But generally it is linked to poverty.

A survey in 1980 of “maltreating families” showed that 56.5 per cent were living in poverty and debt. A further 20 per cent expressed extreme anxiety about finances.

A study in Queensland found that all the children who died from abuse came from working class families.

Police records show that school holidays – especially Xmas – are peak times for family violence. “The sad fact is that when families are together for longer than usual, there tends to be more violence”, said one Victorian police officer.

Most people get by. Family life may get tense, but not violent.

But a minority cannot cope and lash out at the nearest vulnerable person to hand – an elderly person, a woman, or a child.

Compulsory reporting of child abuse puts the blame on the individual parents rather than the system that drives them to this kind of despair.

Neither is it a solution. Daniel was seen by 21 professionals before he was killed. Nonetheless, the Victorian Liberal government has agreed to bring it in.

Their hypocrisy is breathtaking.

This is the same government that is sacking 250 fire-fighters, a move that will lead to more deaths.

Yet which side were the media on when Labor cut the under-18 dole, or when Jeff Kennett[1] added $30 a week to the cost of sending a child to kindergarten?

To really minimise family violence, we need a fight for every job and against every cutback.

There are good and bad aspects of bias.

For example, if you have been a traffic policeman, and have seen lots of disasters due to speed and alcohol, it is not ‘wrong’ for you to biased against fast cars and drinking at parties and pubs. Your bias is due to your better understanding of the issue, but you still have to argue logically.

4. If you pretend to be objective, to not take sides, but actually use techniques that tend to support one side of an argument, in that case you are being naughty. There are subtle ways to do this.

(a) If the support for one side of the argument is mainly at the top of the article, and the reasons to support the opposite side of the issue are mainly at the bottom end of the article; that might be subtle bias – especially if it was written by a journalist. Journalists are taught that many readers only read the first few paragraphs of an article before moving on to reading another article, so whatever is in the first few paragraphs will be what sticks in the reader’s mind.

(b) Quotes from real people are stronger emotionally than just statements by the writer. This is especially true if the person being quoted is an ‘authority’ on the subject, or a ‘celebrity’. So if one side of the issue is being supported by lots of quotes, and the other side isn’t, that is a subtle form of bias.

(c) If when one person is quoted as saying X, but the very next sentence makes that quote sound silly or irrational, that is a subtle form of bias too.

Common sense tells us that if someone is making money out of something, he/she will be biased in favour of it.

For example, a person who makes money out of building nuclear reactors in Europe or China could be expected to support a change in policy in Australia towards developing nuclear energy.

A manufacturer of cigarettes is unlikely to be in favor of health warnings on cigarette packets or bans on smoking in pubs. 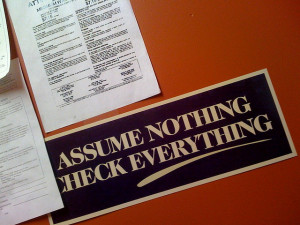 Nonetheless, logically speaking, we cannot just assume a person who is making money out of something will always take sides with whomever or whatever will make him/her more money.

[1] Jeff Kennett was the leader of the Liberal party in Victoria at that time.

[2] When you are a partisan you have taken sides in an argument, or a battle, or a war.

[3] Learning critical thinking (which is what you are learning in Year 11 and 12 English) is aimed at getting you to do more, and better, thinking than that.