Evaluate Unstated or Suppressed Premises As Well As Stated Ones

An unstated or suppressed premise is assumed rather than voiced outright, but is nevertheless needed for an argument to work. Consider this highly unscientific poll conducted by a TV news station. “Which do you believe Senator Hillary Clinton is most 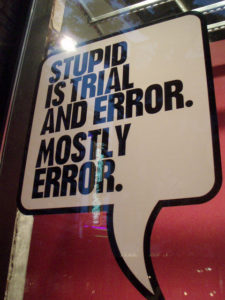 out of touch with: illegal immigration, border security, or the American people?” The pollster is operating as if it is unquestionable that Clinton is out of touch with something. In other words, the question presupposes that she is “out of touch.” However, this unstated premise is debatable once it is brought out into the open. Is she in fact out of touch at all?

A listener or reader who is not alert to such unstated or suppressed premises is, without realizing it, agreeing to debate on the communicator’s terms—when those terms may be unfair. In fact, on more complex or serious issues it is often things people take for granted that may actually deserve the most critical scrutiny. For example, in the argument “This medication is labelled as totally natural, so it is safe for me to take it,” the suppressed premise—that “natural” guarantees “safe”—is not trivial and can certainly be challenged.

Besides recognizing the use of induction and deduction, you can use diagramming or outlining to develop an understanding of an argument’s overall structure. Remember that an argument as defined here isn’t a “quarrel,” but rather a group of statements, some of which, the premises, are offered in support for another, the conclusion. So the first order of business in analyzing an argument is to recognize what the main claim is—the conclusion—and what other claims are being used to support it—the premises. This is much easier to do when the author is explicit about the steps in the argument, where premise and conclusion “indicator” terms appear in the text as signposts.

When you are diagramming or outlining an argument, if the “flow” of an argument from premises to conclusion isn’t readily apparent, then remember to use the above indicator terms to help you decide which claim is the conclusion and which claims are the premises. Using the indicator terms is particularly helpful because a conclusion may be stated first, last, or anywhere in between. People do all three when they write or talk in real life, so we cannot tell whether a statement is a conclusion simply by where it is positioned in the argument.

The Purpose Behind Diagramming an Argument

Diagramming or mapping someone else’s argument serves a double purpose. First, the process helps you clearly see just what the other person is saying. It helps you identify the logical structure of the argument, which is necessary if you are to assess the strengths and weaknesses of the argument in order to know whether or not to accept it. Second, you develop skills of analysis that you will need in order to organize and present arguments in support of a position that you may want to take on some question or issue.

Steps in Diagramming an Argument

Here are the basic moves that are required in order to create a clear diagram or outline of an argument.

Using the Argument’s Paragraphing to Evaluate the Premises

An author must organize her material to guide the audience through her argument. One tool available to an author is the paragraph. The sentences clustered together in a paragraph should be tightly connected in terms of content. In the most common form of paragraph, the clustered sentences collectively develop an idea explicitly stated in a topic sentence. The paragraphs themselves should be placed in an order that reflects some overall plan so that the paragraphs reveal the steps or stages of the argument. 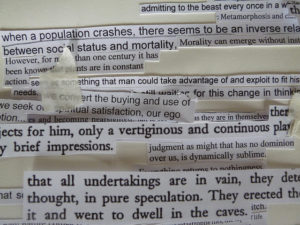 The premises may be said to be key steps or stages in the argument. A well-constructed argument therefore may use each premise as a topic sentence for a paragraph. Additionally, a premise may serve as the guiding idea for a group of paragraphs, each developing a subtopic. For example, the premise, reached by induction, that “College students overestimate the amount of binge drinking that is taking place” might introduce a cluster of three paragraphs, each showing that the overestimation varies by subgroup—with member of sororities, member of fraternities, and non-Greek populations arriving at different estimates.

Look to see whether the author has used paragraphing-by-premise to organize her argument and outline its structure for the audience. You should also ask yourself whether any paragraphs are missing. That is, as you consider what premises serve as the foundations of the argument, be alert for the suppressed ones, the premises that the author presupposes. These unacknowledged premises may be ones that the author hopes the audience will not notice or question. In your analysis call her on it by determining where a paragraph on that premise should have appeared in the argument.

The Similarity Between Conclusions and Thesis Statements

When we talk about a paper, we usually talk about the paper’s main claim as being its thesis statement. But of course a paper that just makes a claim or states an opinion but offers no supporting reasons or arguments isn’t much of a paper. We would be bothered by reading an editorial in which someone stated a strong opinion on some public issue yet did nothing to justify that opinion.

When an author supports a thesis with reasons, then the thesis statement can be described as the conclusion of an argument, with the supporting reasons being that argument’s premises. The argument now has a structure that can be outlined or diagrammed.