Part of what separates good writers from great writers is the ability to organize and relate multiple ideas in one place. We will explore how the concept of “topics” (or, to use the traditional term, topoi) has developed and how you might begin to practice developing your own topics.

Finding a Place to Stand 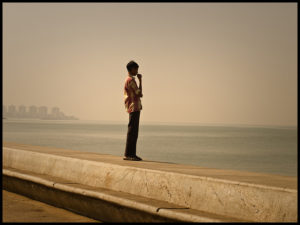 Though it seems particularly pressing in our current social media, online-all-the-time culture, the idea of “information overload” has troubled humans for centuries. Despite these concerns, many of our ancestors found productive ways to manage information overload. And their strategies remain helpful today. With the topoi (a word that refers to “topics” but that also means “places”), ancient rhetoricians, including Aristotle and Cicero, developed techniques that writers used to gather, categorize, and identify important topics worthy of discussion. Topoi have two functions that are still important now: organizing information and exploring common features in sets of information.

First, topoi were used to organize information. Using notebooks, rhetoricians gathered research material including common sayings, overheard quotes, everyday opinions, annotations on texts, and insights. After collecting these materials over time, a rhetor would begin to see similar ideas repeat and begin to make relationships with other ideas. These similarities would form “headings” that grouped together related sayings or sentiments. This form of topoi would later develop into what became called commonplace books. Not unlike your computer’s web browser and the multiple “bookmarks” you might collect, these books helped writers and speakers collect and organize information so they could prepare talks and write texts. Commonplaces were the “storehouses” of information that helped rhetors engage with civic and cultural life.

The second use of topoi identified similar features or “places” that occurred in arguments. So-called common topics were those general features shared in any idea or argument regardless of the content of that argument, including definition, relationship, and/or division. For instance, ancient rhetoricians might ask “Is the argument about a definition?” If they discovered that a definition was, in fact, controversial, then they knew they could follow certain common patterns and use common strategies. Other common topics included comparison, cause-and-effect contradictions, and antecedent/consequence.

These common features provided a structure for any arguments. The structure helped the writer identify what types of arguments might be available and which arguments were likely to be less successful. It gave them a “place to stand,” so to speak. It’s clear that this way of thinking remains with us today: we often describe someone’s argument as staking a “position” within a debate or controversy.

Out of a few initial questions, rhetoricians have developed many topics in many cultures. For instance, the commonplace that “America is the best nation on Earth” is frequently repeated to stake a position and develop an argument. Or, consider a topic like “voting laws”: you could easily collect various sources that present both common topics and special topics. Common topic issues of cause and effect (perceived voter fraud and revisions of voting laws) or definition (what defines a legal voter registration?) easily give way to special topics found in deliberative discussions (what makes for good elections laws? What is expedient for ensuring an inclusive voting system?) And, frequently, the shared commonplace that “voting is the lifeblood of democracy” helps ground and sustain many relevant arguments on the topic.

So topoi help rhetors organize and explore research material. That kind of organization can help us develop our own positions on current issues.