What Is Literary Criticism? 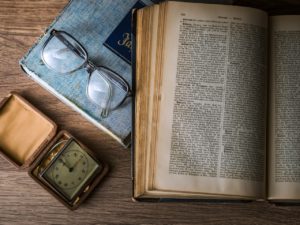 Literary Criticism  – The analysis of a literary text though various lenses that highlight authorial stance, purpose, and perspective

Part of the fun of reading good literature is looking for all its meanings and messages. Since people have written literature, critics have been interpreting it …. going all the way back to ancient Greece and Rome. For many centuries, literary criticism has been limited to some basic approaches involving historical, moral and biographical perspectives. But during the 20th century, critical approaches have become much more varied due to the huge increase of educated people and their widely diverse reactions to literature. As the meaning of what literature is and can be or should be has changed, so has the critics’ responses to it.

Below are outlined for you six of the dozen-or-so “schools” of literary criticism currently deemed valid by the academic world. A critical viewpoint is simply a lens through which we look at a piece of literature, allowing this lens to shape our reaction to the work. These different schools are not exclusive – in fact, most critical essays use ideas from several types of criticism. But depending upon what work you are reading, and what your own ideas about what good literature should do, or your own ideas about life and the world, some critical methods will work better than others or be more helpful for your understanding of a work. The goal of literary criticism is always to help us understand and appreciate a work more fully, no matter what approach(es) we use.