What exactly is parallel structure? It’s simply the practice of using the same structures or forms multiple times: making sure the parts are parallel to each other. Parallel structure can be applied to a single sentence, a paragraph, or even multiple paragraphs. Compare the two following sentences: 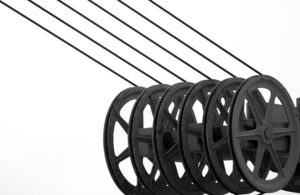 Once again, the examples above combine gerunds and infinitives. To make them parallel, the sentences should be rewritten with just gerunds or just infinitives. Note that the first nonparallel example, while inelegantly worded, is grammatically correct: “cooking,” “jogging,” and “to read” are all grammatically valid conclusions to “She likes.”

You can also apply parallelism across a passage:

Each of the sentences in the preceding paragraph has the same structure: Name + -ed verb + number of things + in the past time period. When using parallelism across multiple sentences, be sure that you’re using it well. If you aren’t careful, you can stray into being repetitive. Unfortunately, really the only way to test this is by re-reading the passage and seeing if it “feels right.” While this test doesn’t have any rules to it, it can often help.

Read the following passage. Correct any errors in parallelism that you find. Remember, non-parallel things are typically grammatically correct, but making things parallel will improve your writing style. Type your correct answer in the text frame below:

“The Bone Wars” refers to a period of intense fossil speculation and discovery in American history (1872–1892). The wars were marked by a heated rivalry between Edward Drinker Cope and Othniel Charles Marsh. At one time, Edward and Marsh were amicable: they even named species after each other. Over time, however, their relationship soured, likely due in part to their strong personalities. Cope was known to be pugnacious and possessed a quick temper. Marsh was slower, more methodical, and introverted. Eventually, each of the two paleontologists would resort to underhanded methods to try to out-compete the other in the field, resorting to bribery, theft, and destroying bones.

By the end of the Bone Wars, both Cope and Marsh were financially and socially ruined by their attempts to disgrace each other, but their contributions to science and the field of paleontology were massive. Several of Cope’s and Marsh’s discoveries are the most well-known of dinosaurs: Triceratops, Allosaurus, Diplodocus, and Stegosaurus. Their cumulative discoveries defined the then-emerging field of paleontology. Before Cope’s and Marsh’s discoveries, there were only nine named species of dinosaur in North America. Judging by pure numbers, Marsh “won” the Bone Wars: Cope discovered a total of 56 new dinosaur species, but Marsh had found 80.

Show Answer
Here are the sentences that have issues with parallelism, as well as suggestions for their revision.

Parallelism can also involve repeated words or repeated phrases. These uses are part of “rhetoric” (a field that focuses on persuading readers) Here are a few examples of repetition:

When used this way, parallelism makes your writing or speaking much stronger. These repeated phrases seem to bind the work together and make it more powerful—and more inspiring.