Transitions connect your ideas and make it easier for your readers to follow your thought process.

In expository writing, each paragraph should articulate a single main idea that relates directly to the thesis statement. This construction creates a feeling of unity, making the paper feel cohesive and purposeful. Connections between ideas—both between sentences and between paragraphs—should enhance that sense of cohesion.

Following the parts of a poorly constructed argument can feel like climbing a rickety ladder. Transition words and phrases support the rungs and rails, smoothing the journey of reading your paper so it feels more like climbing a wide, comfortable staircase.  Remember, though, that transitions are more than just words and phrases; if you’re having trouble coming up with transitions between paragraphs, revisit your essay’s overall structure to make sure your ideas themselves are arranged in a logical order, with no repetitions or missing steps.

Using transitions will make your writing easier to understand by providing connections between paragraphs or between sentences within a paragraph. A transition can be a word, phrase, or sentence—in longer works, they can even be a whole paragraph. The goal of a transition is to clarify for your readers exactly how your ideas are connected.

Transitions refer to both the preceding and ensuing sentence, paragraph, or section of a written work. They remind your readers of what they just read, and tell them what will come next. By doing so, transitions help your writing feel like a unified whole.

Using transitions in your topic sentences can explain to the reader how one paragraph relates to the previous one. Consider this set of topic sentences from a paper about metrical variation in the poem “Caliban Upon Setebos”:

A paragraph’s concluding sentence also offers an excellent opportunity to begin the transition to the next paragraph—to wrap up one idea and hint at the next.

You can use a question to signal a shift:

It’s clear, then, that the band’s biggest selling original compositions were written early in their career, but what do we know about their later works?

While the Democratic Republic of Congo is rich in natural resources, it has led a troubled political existence.

An “if–then” structure is a common transition technique in concluding sentences:

If we are decided that climate change is now unavoidable, then steps must be taken to avert complete disaster.

Here, you’re relying on the point you’ve just proven in this paragraph to serve as a springboard for the next paragraph’s main idea.

Transitions within a paragraph help readers to anticipate what is coming before they read it. Within paragraphs, transitions tend to be single words or short phrases. Words like while, however, nevertheless, but, and similarly, as well as phrases like on the other hand and for example, can serve as transitions between sentences and ideas. See the “List of Common Transitional Devices” below for more examples.

Pointing words let you refer back to complex ideas concisely. Also called “hooks,” these words scoop up the information just offered and link it to other information in the paper. Let’s look at an example:

There is nothing overtly deviant about the poem’s formal elements. But upon close examination, those intricacies of form are even more suggestive of a problem in the island hierarchy than is the content of Caliban’s speech.

Can you see how the pointing words (this, that, these, those) in the following examples serve to link one idea to the next, or to the main idea of the paper?

Also within paragraphs, signal phrases alert the reader that he or she is about to read referenced material, such as a quotation, a summation of a study, or statistics verifying a claim. Ideally, your signal phrases will connect the idea of the paragraph to the information from the outside source.

Such phrases prepare the reader to receive information from an authoritative source and subconsciously signal the reader to process what follows as evidence in support of the point being made.

In longer works, you might need an entire paragraph to connect the ideas presented in two separate sections. The purpose of a transitional paragraph is to summarize the information in the previous paragraph, and to tell your reader how it is related to the information in the next paragraph. Transition paragraphs are good places to review where you have been and how it relates to the next step of your argument.

Appropriate Use of Transition Words and Phrases

Before using a particular transitional word or phrase, be sure you completely understand its meaning and usage. For example, if you use a word or phrase that indicates addition (“moreover,” “in addition,” “further”), you must actually be introducing a new idea or piece of evidence. A common mistake with transitions is using such a word without actually adding an idea to the discussion. That confuses readers and puts them back on rickety footing, wondering if they missed something.

Whenever possible, stick with transition words that actually have meaning and purpose. Overusing transition words, or using them as filler, is distracting to the reader. “It is further concluded that,” for example, sounds unnatural and a little grandiose because of the passive voice. “Also,” or “Furthermore” would be clearer choices, less likely to make the reader’s eyes roll.

With that said, here are some examples of transitional devices that might be useful once you’ve verified their appropriateness:

To indicate addition: and, again, and then, besides, equally important, finally, further, furthermore, nor, too, next, lastly, what’s more, moreover, in addition, still, first (second, etc.).

“Strength of idea is indeed a factor in entrepreneurial success, but equally important is economic viability.”

“In contrast to what we now consider his pedantic prose, his poetry seemed set free to express what lies in every human heart.”

To indicate a logical connection: because, for, since, for the same reason, obviously, evidently, furthermore, moreover, besides, indeed, in fact, in addition, in any case, that is.

“The Buddha sat under the bodhi tree for the same reason Jesus meditated in the desert: to vanquish temptation once and for all.”

To show exception: yet, still, however, nevertheless, in spite of, despite, of course, once in a while, sometimes.

“Advocates of corporate tax incentives cite increased jobs in rural areas as an offset; still, is that sufficient justification for removing their financial responsibilities?

To show time: immediately, thereafter, soon, after a while, finally, then, later, previously, formerly, first (second, etc.), next, and then.

“First, the family suffered a devastating house fire that left them without any possessions, and soon thereafter learned that their passage to the New World had been revoked due to a clerical error.”

“We have seen, then, that not only are rising temperatures and increased weather anomalies correlated with an increase in food and water shortages, but animal-migration patterns, too, appear to be affected.”

To indicate emphasis: definitely, extremely, obviously, in fact, indeed, in any case, absolutely, positively, naturally, surprisingly, notwithstanding, only, still, it cannot be denied.

“Obviously, such a highly skilled architect would not usually be inclined to give his services away, and yet this man volunteered his services over and again to projects that paid him only through appreciation.”

To indicate sequence: first, second, third, and so forth, next, then, following this, at this time, now, at this point, after, afterward, subsequently, finally, consequently, previously, before this, simultaneously, concurrently.

“So, finally, the author offers one last hint about the story’s true subject: the wistful description of the mountains in the distance.”

To indicate an example: for example, for instance, in this case, in another case, on this occasion, in this situation, take the case of, to demonstrate, to illustrate, consider.

“Take, for example, the famous huckster P. T. Barnum, whose reputation as ‘The Prince of Humbugs’ belied his love and support of the finer things of life, like opera.”

To qualify a statement: under no circumstances, mainly, generally, predominantly, usually, the majority, most of, almost all, a number of, some, a few, a little, fairly, very, quite, rather, almost.

“Generally, we can assume that this statement has merit, but in this specific case, it behooves us to dig deeper.” 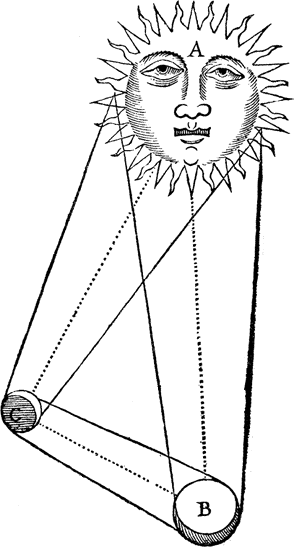 The transition of the sun: Transition words and phrases are used to make the shift from one idea to the next as smooth and seamless as the arc of the sun over the earth.