Hyphens are often used to connect two words into a single term.

Identify situations which require a hyphen

Hyphens (“-“) connect two words to make a single word. Though they look similar to dashes (“–” and “—”), they serve a different purpose. The dash is a form of punctuation that comes in between words whereas hyphens combine words. Like most components of English punctuation, hyphens have general rules regarding how they should be used. Hyphens are often used to connect adverbs and adjectives when describing a noun. Let’s explore these concepts in greater detail.

Hyphens can be used to link prefixes such as non-, sub-, and super- to their main words. While it is possible (especially in American English) to attach these prefixes without hyphens, it is generally helpful to hyphenate when the letters brought into contact are the same. It’s also helpful when the letters are vowels, when a word is uncommon, or when the word could easily be misread. For example:

In general, values and units are hyphenated when the unit is given as a whole word:

Homographs are words that are spelled the same, but mean different things and may be pronounced differently. To prevent confusion, hyphens can be used to distinguish between homographs. For example:

It is not always necessary to use a hyphenated word. Sentences can be rearranged to avoid the need for a hyphen. If the adverb and adjective come after the noun being described, a hyphen is not needed. For example:

Remember that using hyphens to combine adverbs and adjectives in this way creates a new word. The placement of hyphens can greatly change the meaning of a word, thus changing the entire sentence. Let’s look at some examples of how removing a hyphen changes the meaning.

Using hyphens correctly is important to clarifying these phrases.

Dashes are often used to mark interruptions within sentences and show relationships between words.

Use em dashes and en dashes correctly in your writing

There are two kinds of dashes: em dashes (—) and shorter en dashes (–).

Em dashes are often used to mark interruptions within sentences. They can be used with or without spacing.

Em dashes are sometimes used to summarize or define prior information in a sentence.

En dashes are used to demonstrate definite ranges of values. In these cases, there should not be any spaces around the en dash.

The en dash can also be used to contrast values, or illustrate a relationship between two things. There are no spaces around the en dashes in these instances.

An exception to the use of en dashes is made, however, when combined with an already hyphenated compound. In these cases, using an en dash is distracting. Use a hyphen instead. 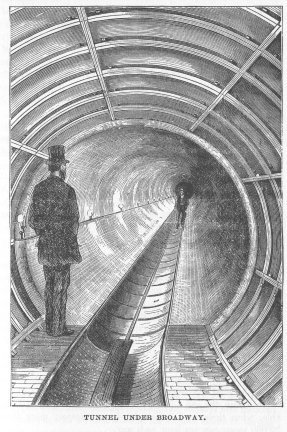 When he saw his brother—his long-lost brother who disappeared six years prior—he broke down in tears.: The title contains an example of em dash usage, which, in this case, shows a break in the sentence.