Nouns as Subjects and Objects

Nouns can be either the subject or object of sentences.

Identify whether a noun functions as a subject or object

Nouns can take on two different roles in a sentence: they can be subjects or objects. Understanding subjects and objects simply means understanding who (or what) performed an action, and who (or what) was affected by that action.

In a sentence, the subject completes the action. The subjects are italicized in the examples below:

The subject does not have to be a person or animal—it can also be an inanimate object:

Note that the subject includes not just the noun, but also the article (e.g., the, a, an) that goes along with it.

An object is the recipient of an action. There are two types of object: direct and indirect.

In a sentence, the direct object receives the action of the subject. See the italicized direct objects in the examples below: 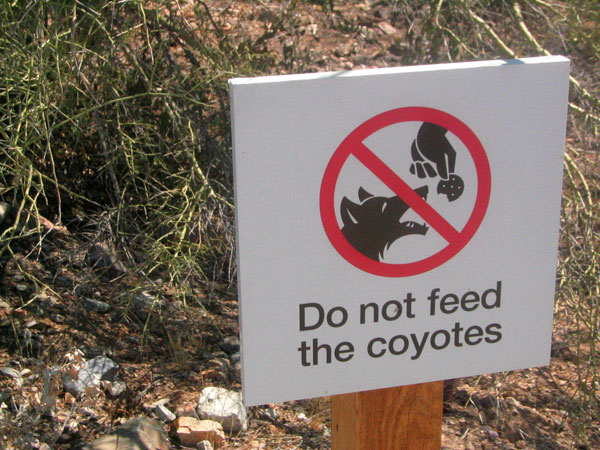 Sign: In this sign saying “Do not feed the coyotes”, are coyotes the subject, the object, or the indirect object? (Answer: They are the direct object.)

Identifying Indirect Objects without a Preposition

Sometimes direct object and indirect object cannot be identified by word order alone—and there is not always a “to” or “for” to make it clear:

To correctly identify the indirect object, ask yourself which part of the sentence would answer the question “to/for whom or what?”

Phrased this way, it becomes clear that the dog is the indirect object and the bone is the direct object.

Identifying Subject and Object in
the Active Voice

Identifying Subject and Object in the Passive Voice

In the passive voice, a noun coming after the word “by” is an object, while a noun coming before a form of the verb “to be” (e.g., “was”) is the subject. Note the italicized words in the examples above.

Not all verbs require objects. A verb that requires an object is called a transitive verb:

Without the object “cake,” the sentence is incomplete and doesn’t make sense. What does she want?

A verb that does not require an object is called an intransitive verb:

With an intransitive verb, the sentence is complete with the subject and verb alone.