Brainstorming is a prewriting technique used to help generate lots of potential ideas about a topic.

Describe the process of brainstorming

At its most basic, brainstorming is listing ideas. If you’re having trouble coming up with a good topic for a paper, sometimes it helps to write down every idea that occurs to you, even the bad ones, until you have a strong list going.

Brainstorming is useful for figuring out what you’re interested in. The technique can take many forms, but perhaps the of them most effective is that it draws on the power of interaction. We’ve all had those great conversations in which someone says something that sparks an idea or memory in someone else, which then sparks a further idea, and before you know it, everyone is feeling energized.

You can create one of those conversations about the topic of your paper. Just start a chat with a friend or a group about the topic and have your pen and notebook handy. Jot down notes as the conversation progresses and you hear ideas that spark your interest. For an essay on the women’s movement of the 1970s, you might generate the following list by talking with friends or calling your mother:

Another way to brainstorm is to read an article or a book chapter on the topic and write down whatever occurs to you as you read, even if it has nothing to do with the text. You’re interacting with the text like you might interact with a person, letting the author ‘s ideas spark new thoughts in you.

You can also brainstorm in a group if you’re working on a writing project with a partner or a team. Find a whiteboard, pick someone to write, and record ideas, topics, and notes as they come up. In addition to being helpful in finding a topic, this process can be fun and help break the ice with your fellow students so that everyone feels as though they can share in the discussion.

Once you’ve generated a lot of ideas through brainstorming, you can choose a few of them to do further prewriting exercises with to eventually create your thesis statement. Perhaps the most important thing to remember about this process is that “there are no bad ideas in brainstorming.” While this saying is not strictly true—for example, it would be a bad idea to tackle an assigned essay about feminism in the 70s by writing about the life cycle of the lunar moth—it is valuable because it helps you remember that brainstorming isn’t about coming up with a perfect solution. It’s about considering your topic on many levels until you find an approach you’re excited about. 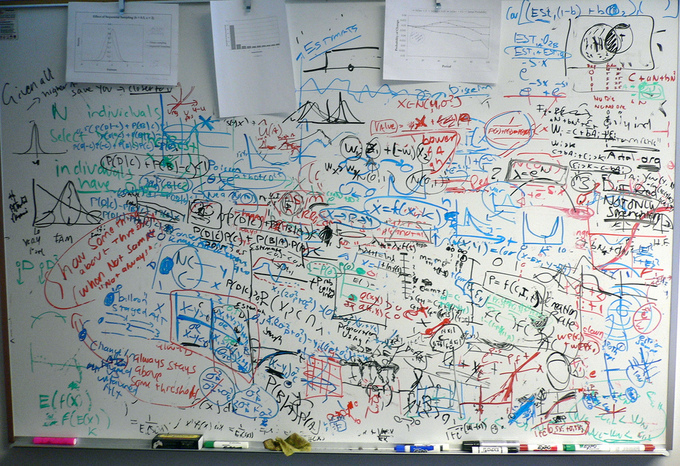 No bad ideas: Sometimes, it helps to stop censoring yourself and write down every idea you have—even the bad ones. You can decide on the best one later!

Freewriting, a prewriting technique, can help you break out of writer’s block by letting your ideas flow naturally.

Describe the process of freewriting

Have you ever experienced writer’s block, that frustrating feeling of knowing what you want to say but not how to say it? Freewriting is a great way to get away from that. It’s simple: You just write, and don’t worry about whether or not what you’re writing is good or not—you’re just trying to get yourself into a natural flow.

Freewriting is a great prewriting technique. It will come in handy if you have a general topic but are not sure what you want to say about it. Get a pen and paper (or open up a blank computer document) and set yourself a time limit. Start writing about your general topic, recording thoughts as they come into your mind. Do not edit as you go, or even look back at what you have written. Just keep moving on as thoughts occur to you. The purpose of freewriting is to develop ideas spontaneously and naturally.

Consider this example, a two-minute freewrite on the topic of revenge in Hamlet:

People say Hamlet is a play about revenge, but is revenge successful if he dies at the end? Is killing Claudius enough to make Hamlet happy? Did he succeed at anything, or did he just destabilize Denmark further? Fortinbras seems like a better king—at least he is interested in government. But he isn’t the rightful ruler, which is part of why Hamlet was upset with his uncle in the first place. Or was he? Is he more upset about the murder or the usurpation? Does he want to rule or just to get revenge? Is his quest for vengeance the act of a justice-seeking prince or are revenge and rulership at cross-purposes?

There are a few good things to notice about this freewrite. First, the paragraph has many more questions than observations or answers. This is perfectly fine. Freewriting is not a place to work out answers to questions, but rather to figure out exactly what question you want to ask.

The other thing to notice is the general trajectory of the paragraph. The different questions are connected to each other, albeit very loosely. Again, this is fine. Freewriting does not need to be rigidly organized as long as it stays relatively close to its general topic. Often, freewrites will end up producing a unified line of thought even without you trying to connect everything. There is a significant difference between the starting point of “Is Hamlet’s revenge successful?” and the final questions of “Does Hamlet want to get revenge or become a ruler?,” and “Can you seek revenge and be a ruler?” All three are different approaches to the same broader question, though. In fact, those second questions can be refined into more specific answers to the first one.

Now that you’ve seen an example of freewriting and the research topics it can point you toward, try it with this example:

Humbert Humbert is a creepy dude who basically ruins Lolita’s life. But he recognizes that he’s being judged by the world for his actions and he says he’s full or remorse. Is he sincere or just playing it up for the “jury”? He sounds sincere, though flowery. Do his elaborate professions of guilt work to absolve him or make him seem purely theatrical? What about how he talks about Lolita? He doesn’t even call her by her real name, which is Dolores. In a lot of ways, she’s more of an object of his fantasy than a real person. Does that make his behavior less condemnable because he’s clearly nuts? Or more condemnable because he’s unempathetic to the extreme?

What research direction could this freewriting example bring you toward?

Creating a concept map is an easy way to visually represent the relationships among your ideas.

Describe the process of creating a concept map

If you are having trouble breaking a big topic down into smaller ones, you might want to try clustering. This is a tactic in which you write down a very broad topic or idea and then make a concept map, in which you diagram smaller ideas or categories (clusters) that relate to the central topic.

Say you are writing a paper that teaches your classmates how to perform a task. You have one page to provide detailed instructions about an activity. If you have chosen “gardening” as that activity, you will not be able to give an adequate description in the space provided. There’s simply too much information. You have to choose a smaller task associated with gardening. The question is, which one?

All the things you linked to “gardening” are smaller tasks you could describe. You can even break them down into further levels of detail. For example, the subcategory of “researching and purchasing plants and seeds” can be broken down into separate bubbles for research and purchasing. The purchasing bubble could be broken down into a) where to purchase plants, b) when to purchase plants, c) how much to pay for different plants, and so on, until you reach the right level of specificity. In this way, you can break your general topic down from “explaining gardening” to something like “explaining how to purchase a sunflower plant.”

The goal of clustering, much like freewriting, is to come up with lots of different possibilities. Then you can choose which ones you think are best suited for your assignment. Make sure that you don’t censor yourself when you’re making a concept map: add anything you feel is related to your topic and let it flow!