Grammar: Other Parts of Speech

As we’ve learned, adjectives and adverbs act in similar but different roles. A lot of the time this difference can be seen in the structure of the words:

Clever is an adjective, and cleverly is an adverb. This adjective + ly construction is a short-cut to identifying adverbs.

While –ly is helpful, it’s not a universal rule. Not all words that end in –ly are adverbs: lovely, costly, friendly, etc. Additionally, not all adverbs end in -ly: here, there, together, yesterday, aboard, very, almost, etc.

Some words can function both as an adjective and as and adverb:

One common mistake with adjectives and adverbs is using one in the place of the other. For example:

One of the most commonly confused adjective/adverb pairs is good versus well. There isn’t really a good way to remember this besides memorization. Good is an adjective. Well is an adverb. Let’s look at a couple of sentence where people often confuse these two:

In the first sentence good is supposed to be modifying plays, a verb; therefore the use of good—an adjective—is incorrect. Plays should be modified by an adverb. The correct sentence would read “She plays basketball well.”

In the second sentence, good is supposed to be modifying doing, a verb. Once again, this means that well—an adverb—should be used instead: “I’m doing well.”

Note: The sentence “I’m doing good” can be grammatically correct, but only when it means “I’m doing good things,” rather than when it is describing how a person is feeling. 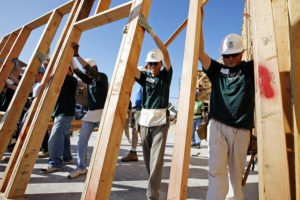 Select the correct modifier for each sentence. Identify whether each modifier is an adjective or an adjective. Type your sentences in the text frame below: