Revising and Writing a Second Draft

You’ve written a draft. It’s likely that you saw ways to improve it as you were building it, or knew there were parts that would need more attention later. You may have also refined as you went, looping back through parts multiple times before moving on to the next.

In that sense, the term “second draft” can be misleading, since there often is no clear line between first, second, and later drafts. It’s all an ongoing process.

If you hit a point where you’re not sure what the next step should be, here are three key questions to ask. 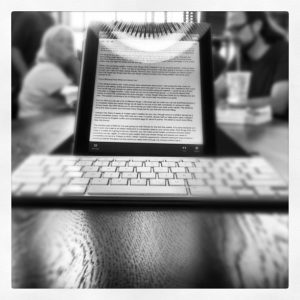 1) Does the argument hold together?

Does your essay move convincingly from one point to the next? Maybe you decide to move your key points around and change the structure of the essay.

Do your paragraphs carry the argument clearly? You might want to look at the links between paragraphs to make the relationships between them more clear.

2) Is your argument supported by evidence?

Every point you make should have some evidence to support it. Maybe there’s still some reading you need to do to find the evidence you need.

3) Does the essay have an effective introduction and conclusion?

At this stage, you have a good idea of what the essay as a whole will look like. So now is the time to write and refine your introduction and your conclusion. These are much easier to write at this second stage than straight off at the start of your work on the essay.