Why It Matters: Research Process

Why is it necessary to analyze the way we gather and use information?

Imagine your reaction if you saw this title on social media one morning: “Kim Jung-Un Named The Onion‘s Sexiest Man Alive For 2012.” You open the story to read,

With his devastatingly handsome, round face, his boyish charm, and his strong, sturdy frame, this Pyongyang-bred heartthrob is every woman’s dream come true. Blessed with an air of power that masks an unmistakable cute, cuddly side, Kim made this newspaper’s editorial board swoon with his impeccable fashion sense, chic short hairstyle, and, of course, that famous smile.[1]

You’d probably figure out fairly quickly that something was not quite right about this story. (At the very least, you’d protest that Channing Tatum and Ryan Gosling were robbed.)

But what if you weren’t familiar with The Onion? What if you were outside of the U.S.? What if you came from a culture where Kim Jong-Un held a much larger grip over popular media, such as in South Korea or China?

You’re probably familiar with the spoof news source The Onion. What started as a print newspaper in the ’80s has evolved into a fake-news website, video series, and YouTube channel. It’s an excellent example of a parody: a text that follows the same conventions and styles of a recognizable source, yet exaggerates it for comic effect. 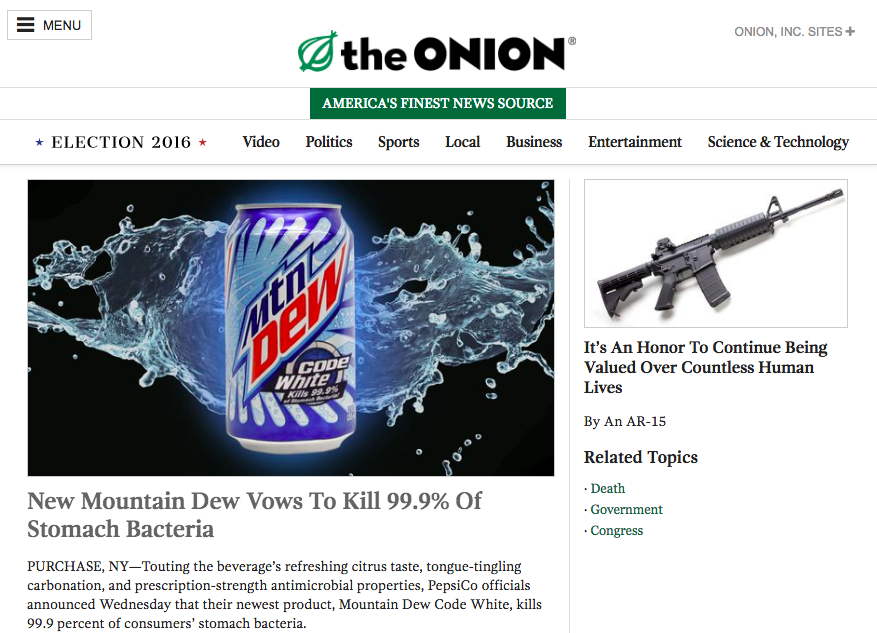 The actual stories may differ substantially, but the site layout is quite similar. That’s very, very intentional. The Onion strives to have the appearance of a “real” news outlet, even if the stories themselves are ridiculous.

Taken Out of Context

Given the similar appearance and styling of the website, it’s not surprising that someone not familiar with The Onion‘s purpose might see a story, especially taken out of context, and assume it was real news.

This is actually a fairly frequent occurrence, such as with the Kim Jung-Un story above. China’s state-run online news, People’s Daily Online, picked up the story and ran with it as official news, as did South Korea’s Korea Times. Readers of those news sites would have seen the story reported from a reputable source and have believed it to be true.[2]

Not an Isolated Incidence

Clearly, The Onion is a site meant to entertain. What about sources with more malicious goals, out to sway readers for less honorable purposes? Anyone can create a good-looking website. Reputable sources occasionally print or forward mistakes. Some reporters take shortcuts, out of laziness or greed. There are many reasons to closely scrutinize anything you read, regardless of what it looks like or where it comes from.

There are no hard and fast rules when it comes to resource reliability.  Each new source has to be evaluated on its own merit, and this module will offer you a set of tools to help you do just that. You’ll also learn more about ways to find, analyze, integrate, and document your sources. 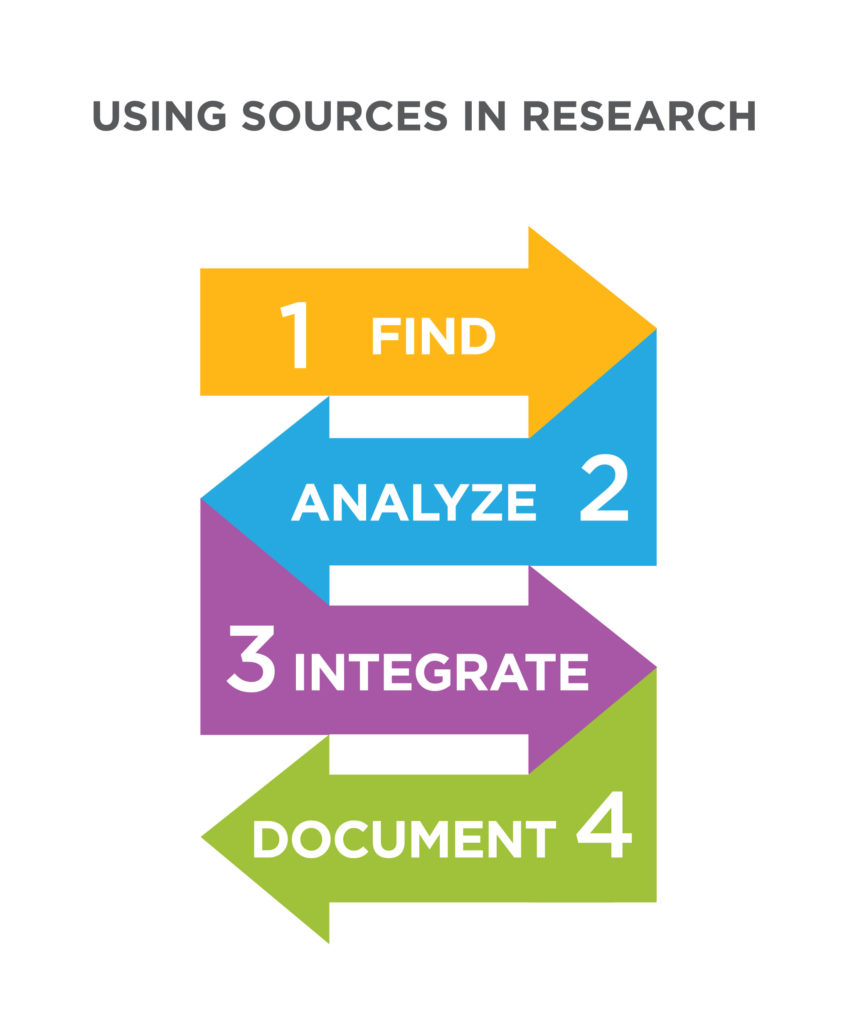