5.I: Cohesion: What do People Mean When They Say My Writing Doesn’t “Flow”? 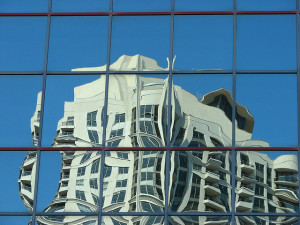 Many (student) writers have turned in papers only to have their readers (more often than not, their teachers) hand the papers back with comments that the writing doesn’t “flow.”

Unfortunately, teachers may not always be explicit about what they mean—just that it doesn’t “read” or “sound” right or that the ideas don’t progress from one to another. This chapter is about what “flow” actually means and how to make sure your writing does it.

By “flow,” most readers mean what grammarians and linguists call cohesion—the property of a text to hold together at the level of sentences and paragraphs. Of course, cohesion is good in any communication medium, and each medium can present challenges for it. If friends are sending text messages back and forth and the network sends them out of order, the result can be confusing: the writer might have written “thank GOD” in response to some piece of news, but her friend might not have gotten the message until after she texted “gotta go.” Oops.

But in both those cases, writers can quickly and easily clear up the confusion. Speech and texting are more or less synchronous media: that is, they involve people communicating at the same time and often in the same (virtual) space. Writing, however—in the traditional sense, anyway—is different, because it’s asynchronous. It also requires an important trade-off. Writing has worked well for a long time as a communication technology because it’s relatively easy to distribute. Someone using writing to communicate doesn’t have to move from place to place: she may simply write something down and send it. However, to use a metaphor from very current communication technologies, writing has low bandwidth compared to other media.

(For example, if someone is speaking to you, you can infer meaning from words themselves but also from vocal inflections, facial expressions, hand gestures, posture, and even from how close the other person is to you. You can’t do that when you write and read. So, writers and readers can send and receive on the cheap, but they carry a burden of making their words work extraordinarily hard.)

This idea has a very clear implication for EVERY WRITER: just because an argument you’re making is clear in your own head, that doesn’t mean it’s automatically clear to people who are reading the written version of your argument. That’s one of the reasons it’s a good idea to circulate writing to others before submitting it for a grade or circulate it in high-stakes situations.

Fortunately, the to-do list for “flow” is relatively short. Throughout English language writing, it turns out that there is a small number of strategies for achieving cohesion. These strategies help writers follow a key principle for communicating with readers as effectively as possible on the assumption that they’re not looking over their readers’ shoulders pointing out what they really need to know. That principle is called the given-new contract. This contract implies that the writer will start her projected readers with something relatively familiar and then lead them to less familiar material. It’s an idea that is simple to state, but it’s powerful, and it works at different levels of a document. At the level of overall document design, consistent visual items on each page (page number location, headings, “white” space, fonts) help create a familiar visual field that works like a container for whatever new information is coming next. A lot of a writer’s job in an introduction, after all, is orienting readers so that they’re at least familiar with the broad topic before the writer gets specific—with an argument, for example. But the contract helps sentence-level cohesion, as well. It’s very helpful to readers if the writer can create a cycle in which she tries to put “given” information at the start of sentences and shift “new” information to the ends, and then recycle the “new” information as “given” information in sentences that come up. The principle of end emphasis helps here: readers tend to latch more onto how sentences end than onto how they begin. Skilled writers know this is often the case, so they’ll reserve end-of-sentence slots for new or challenging information, since they know they often have a little more of their readers’ attention at those spots anyway.

The given-new contract and the concept of end emphasis are a little tough to explain in abstract terms, so here’s an example followed by some analysis. We’ve numbered the sentences to help make the analysis clear.

1 This textbook is freely circulable under the terms of a Creative Commons (“CC”) license. 2 CC is a nonprofit organization that helps content creators, such as textbook authors, share their products in more diverse ways than traditional copyright allows. 3 While typical copyright restricts others from using an author’s work unless they have the author’s express consent, CC allows authors to pick and choose which restrictions to apply to their work by using one of several free licenses. 4 For example, this book is available via an “Attribution-NonCommercialShareAlike” agreement: adopters of the textbook may use it free of charge and may even modify it without permission, but they must agree not to try to sell it or share it with others under different licensing terms.

Each sentence in this passage shows our attempt to honor the given-new contract. Here’s how:

In addition to using the principle of end emphasis, writers who honor the given-new contract frequently use several other strategies:

Many writers first learn to make their writing flow by using explicit, special purpose transitional devices, also called “signposts,” because they work much like highway and street signs. When steel boxes weighing 2 tons and more are rolling around at high speeds, it’s important that their operators are repeatedly and clearly told exactly where and when to go with as little ambiguity as possible.

Here’s a list of stock, generic, all-purpose transition words and phrases, organized by their basic functions. Keep in mind that there are differences among these that can make a difference and that determining what those differences is is beyond the scope of this book. It’s a matter of experience. 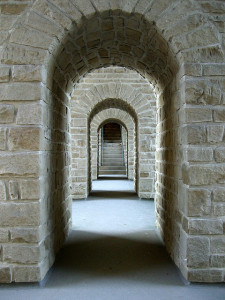 To add or show sequence: again, also, and, and then, besides, equally important, finally, first, further, furthermore, in addition, in the first place, last, moreover, next, second, still, too

To compare: also, in the same way, likewise, similarly

To contrast: although, and yet, but, but at the same time, despite, even so, even though, for all that, however, in contrast, in spite of, nevertheless, notwithstanding, on the contrary, on the other hand, regardless, still, though, yet

To give examples or intensify: after all, an illustration of, even, for example, for instance, indeed, in fact, it is true, of course, specifically, that is, to illustrate, truly

To indicate place: above, adjacent to, below, elsewhere, farther on, here, near, nearby, on the other side, opposite to, there, to the east, to the left

To indicate time: after a while, afterward, as long as, as soon as, at last, at length, at that time, before, earlier, formerly, immediately, in the meantime, in the past, lately, later, meanwhile, now, presently, shortly, simultaneously, since, so far, soon, subsequently, then, thereafter, until, until now, when

To repeat, summarize, or conclude: all in all, altogether, in brief, in conclusion, in other words, in particular, in short, in simpler terms, in summary, on the whole, that is, to put it differently, to summarize

To show cause and effect: accordingly, as a result, because, consequently, for this purpose, hence, otherwise, since, then, therefore, thereupon, thus, to this end, with this object in mind

As we just told you, avoiding ambiguity in academic and professional writing is important. But it’s not as important as avoiding it on highways, in factories, or around high-voltage equipment or explosives. In those contexts, lots of signposts with lots of redundancy are vital. In many writing situations, you can expect your readers to pick up other useful clues for cohesion, so it’s somewhat less important to use a lot of these “stock” or generic transition words. In fact, if you overuse them (for instance, in an essay in which your first paragraph starts with “first,” your second paragraph starts with “second,” and on and on), it can get annoying.

Pronouns (IE:  “he,” “she,” “her,” “him,” “you,” “we,” “they,” “it,” “one,” “this,” “that,” and some others) and how they can stand for nouns, even if the nouns have long names. The idea is that pronouns make speaking and writing more efficient. But pronouns are at least as powerful as cohesive devices. Since pronouns work by referring back to nouns that have previously been mentioned, they can help writers carry the ideas their nouns represent across sentences and paragraphs.

The challenge when using pronouns is to make sure that they clearly refer to their antecedents, because they can create significant comprehension problems, misdirection, and vagueness when they don’t.

Contrary to a lot of advice novice writers get, repetition is effective.  Many rhetorical strategies that are thousands of years old and that exist in several languages use repetition. It’s a time-honored way to signal importance, create a sense of rhythm, and help audiences remember key ideas. But repetition gets a bad reputation because it can become redundant. (Yes, that sentence used repetition to get its point across. It’s no accident that it had a lot of “r”s.) 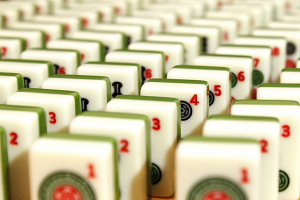 Repetition can involve individual words, phrases, or grammatical structures. When writers repeat similar structural elements but not necessarily the words themselves, they are using parallelism, a special variety of repetition that not only helps cohesion but also helps them to communicate that similarly important ideas should be read together. When sentences are written using non-parallel parts, it’s certainly possible for readers to understand them, but it creates work for the reader that usually isn’t necessary. Compare these sentences:

Student writers should learn to start projects early, how to ask for advice from teachers and peers, and when to focus on correcting grammar.

Student writers should learn to start projects early, to ask for advice from teachers and peers, and to figure out when to focus on correcting their grammar.

See the difference? The first sentence is comprehensible: the commas, for example, let the reader know that he is reading a list. But the extra adverbs (“how” and “when”) get in the way of the sentence’s clarity. And that problem, in turn, means that it’s hard to see clearly how each item in the list relates to the others. In the revised sentence, however, it’s a lot clearer that each of the three items is something student writers should “learn to” do. That relationship is made clear by the repeating grammatical pattern: