Adjectives and adverbs describe things. For example, compare the phrase “the bear” to “the red bear” or the phrase “run” to “run slowly.”

Adjectives and adverbs modify other words; they change our understanding of things.

For a catchy introduction to these words in song, watch the following videos.

Numbers can also be adjectives in some cases. When you say “Seven is my lucky number,” seven is a noun, but when you say “There are seven cats in this painting,” seven is an adjective because it is modifying the noun cats.

Identify the adjectives in the following sentences:

The adjectives have been bolded in the sentences below: 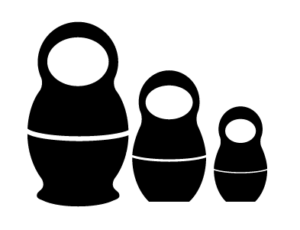 There is another way to compare adjectives in English. Many adjectives can take the suffixes –er and –est (sometimes requiring additional letters before the suffix; see forms for far below) to indicate the comparative and superlative forms, respectively:

Some adjectives are irregular in this sense:

Another way to convey comparison is by incorporating the words more and most. There is no simple rule to decide which means is correct for any given adjective, however. The general tendency is for shorter adjectives to take the suffixes, while longer adjectives do not—but sometimes sound of the word is the deciding factor.

While there is no perfect rule to determine which adjectives will or won’t take –er and –est suffixes, this video lays out some “sound rules” that can serve as helpful guidelines:

A Note about Fun

The adjective fun is one of the most notable exceptions to the rules. If you follow the sound rules we just learned about, the comparative should be funner and the superlative funnest. However, for a long time, these words were considered non-standard, with more fun and most fun acting as the correct forms.

The reasoning behind this rule is now obsolete (it has a lot to do with the way fun became an adjective), but the stigma against funner and funnest remains. While the tides are beginning to change, it’s safest to stick to more fun and most fun in formal situations (such as in academic writing or in professional correspondence).

What are the correct comparative and superlative forms for the adjectives below?

Many adjectives do not naturally lend themselves to comparison. For example, some English speakers would argue that it does not make sense to say that one thing is “more ultimate” than another, or that something is “most ultimate,” since the word ultimate is already an absolute. Such adjectives are called non-comparable adjectives. Other examples include dead, true, and unique.

Note: Native speakers will frequently play with non-comparable adjectives. Although pregnant is logically non-comparable (someone is pregnant or she is not), you may hear a sentence like “She looks more and more pregnant each day.” Likewise extinct and equal appear to be non-comparable, but one might say that a language about which nothing is known is “more extinct” than a well-documented language with surviving literature but no speakers, and George Orwell once wrote “All animals are equal, but some are more equal than others.” 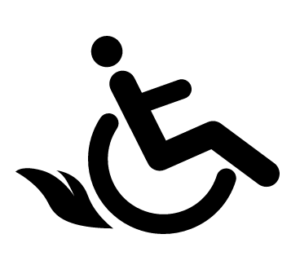 Adverbs can perform a wide range of functions: they can modify verbs, adjectives, and even other adverbs. They can come either before or after the word they modify. In the following examples, adverbs are in bold, while the words they modify are in italics (the quite handsome man):

An adverb may provide information about the manner, place, time, frequency, certainty, or other circumstances of the activity indicated by the verb. Some examples, where again the adverb is in bold and the words modified are in italics:

They can also modify noun phrases, prepositional phrases, or whole clauses or sentences, as in the following examples. Once again the adverbs are in bold, while the words they modify are in italics.

Identify the adverbs in these paragraphs:

Mass extinctions are insanely catastrophic—but important—events that punctuate the history of life on Earth. The Jurassic/Cretaceous boundary was originally thought of to represent a mass extinction, but has subsequently been “downgraded” to a minor extinction event based on new discoveries.

However, compared to other important stratigraphic boundaries, like the end-Triassic or the end-Cretaceous, the Jurassic/Cretaceous boundary remains really poorly understood.

Click to Show Answer
There are five adverbs in the paragraphs:

Here the adverbs have been bolded:

Mass extinctions are insanely catastrophic—but important—events that punctuate the history of life on Earth. The Jurassic/Cretaceous boundary was originally thought of to represent a mass extinction, but has subsequently been “downgraded” to a minor extinction event based on new discoveries.

However, compared to other important stratigraphic boundaries, like the end-Triassic or the end-Cretaceous, the Jurassic/Cretaceous boundary remains really poorly understood.

Intensifiers and Adverbs of Degree

Adverbs can also be used as modifiers of adjectives, and of other adverbs, often to indicate degree. Here are a few examples:

This video provides more discussion and examples of intensifiers:

Note: Adverbs may also undergo comparison, taking comparative and superlative forms. This is usually done by adding more and most before the adverb (more slowly, most slowly). However, there are a few adverbs that take non-standard forms, such as well, for which better and best are used.

Differences Between Adjectives and Adverbs

As we’ve learned, adjectives and adverbs act in similar but different roles. A lot of the time this difference can be seen in the structure of the words:

Clever is an adjective, and cleverly is an adverb. This adjective + ly construction is a short-cut to identifying adverbs.

While –ly is helpful, it’s not a universal rule. Not all words that end in –ly are adverbs: lovely, costly, friendly, etc. Additionally, not all adverbs end in -ly: here, there, together, yesterday, aboard, very, almost, etc.

Note: Some words can function both as an adjective and as and adverb:

Common Mistakes with Adjectives and Adverbs

One common mistake with adjectives and adverbs is using one in the place of the other. For example:

One of the most commonly confused adjective/adverb pairs is good versus well. There isn’t really a good way to remember this besides memorization. Good is an adjective. Well is an adverb. Let’s look at a couple of sentence where people often confuse these two:

In this sentence good is supposed to be modifying plays, a verb; therefore the use of good—an adjective—is incorrect. Plays should be modified by an adverb. The correct sentence would read “She plays basketball well.”

In this sentence, good is supposed to be modifying doing, a verb. Once again, this means that well—an adverb—should be used instead: “I’m doing well.”

Note: The sentence “I’m doing good” can be grammatically correct, but only when it means “I’m doing good things,” rather than when it is describing how a person is feeling.

Select the correct modifier for each sentence:

If you’re a native English speaker, you may have noticed that “the big red house” sounds more natural than “the red big house.” The video below explains the order in which adjectives occur in English:

Select the adjectives that are in a natural sounding word order for each sentence.

Have you ever noticed the effect the word only can have on a sentence, especially depending on where it’s placed? Let’s look at a simple sentence:

Let’s see how only can influence the meaning of this sentence:

Only modifies the word that directly follows it. Whenever you use the word only make sure you’ve placed it correctly in your sentence.

A linguistic phenomenon is sweeping the nation: people are using literally as an intensifier. How many times have you heard things like “It was literally the worst thing that has ever happened to me,” or “His head literally exploded when I told him I was going to be late again”? Some people love this phrase, while it makes other people want to pull their hair out.

So what’s the problem with this? According to Merriam-Webster’s Dictionary, the actual definition of literal is as follows:

According to this definition, literally should be used only when something actually happened. Our cultural usage may be slowly shifting to allow literally as an intensifier, but it’s best to avoid using literally in any way other than its dictionary definition, especially in formal writing.

Which of the following sentences use the adverb literally correctly?