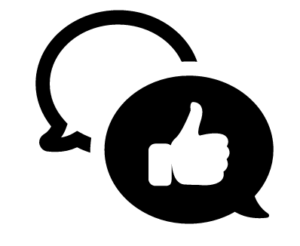 The basic idea behind sentence agreement is pretty simple: all the parts of your sentence should match (or agree). Verbs need to agree with their subjects in number (singular or plural) and in person (first, second, or third). In order to check agreement, you simply need to find the verb and ask who or what is doing the action of that verb.

Agreement based on grammatical person (first, second, or third person) is found mostly between verb and subject. For example, you can say “I am” or “he is,” but not “I is” or “he am.” This is because the grammar of the language requires that the verb and its subject agree in person. The pronouns I and he are first and third person respectively, as are the verb forms am and is. The verb form must be selected so that it has the same person as the subject.

Agreement based on grammatical number can occur between verb and subject, as in the case of grammatical person discussed above. In fact the two categories are often conflated within verb conjugation patterns: there are specific verb forms for first person singular, second person plural and so on. Some examples:

Compound subjects are plural, and their verbs should agree. Look at the following sentence for an example:

Verbs will never agree with nouns that are in prepositional phrases. To make verbs agree with their subjects, follow this example:

The subject of “my talk” is direction, not plays, so the verb should be singular.

In the English language, verbs usually follow subjects. But when this order is reversed, the writer must make the verb agree with the subject, not with a noun that happens to precede it. For example:

The subject is sheds; it is plural, so the verb must be stand.

All regular verbs (and nearly all irregular ones) in English agree in the third-person singular of the present indicative by adding a suffix of either -s or -es.

Look at the present tense of to love, for example:

The highly irregular verb to be is the only verb with more agreement than this in the present tense:

Choose the correct verb to make the sentences agree: