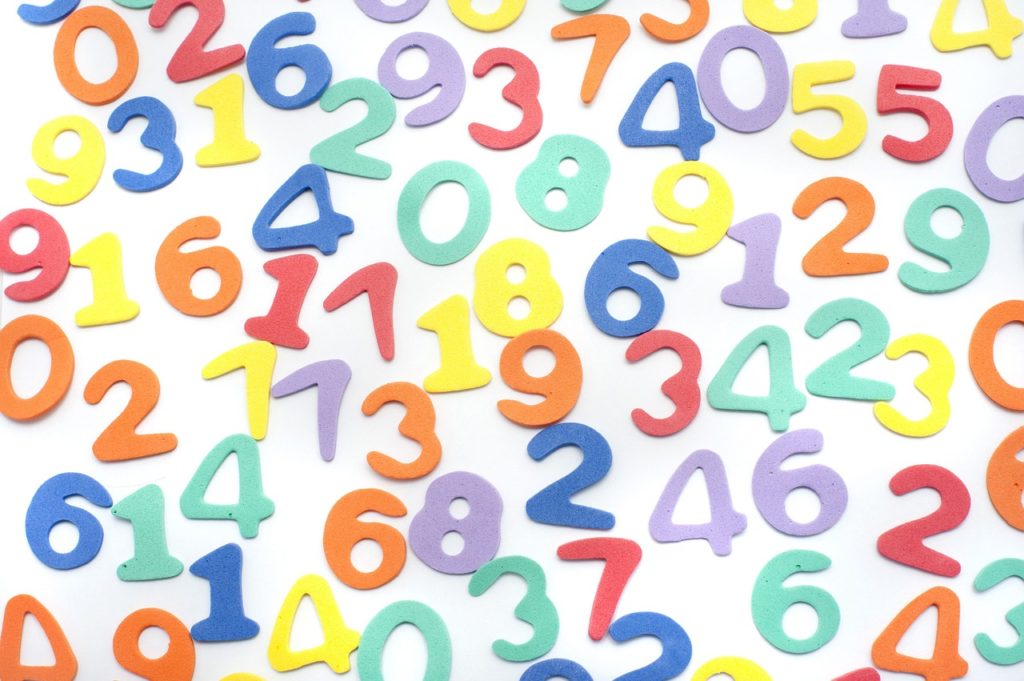 The rules for expressing numbers are relatively simple and straightforward. When you’re writing in a nontechnical subject (like English or art), numbers ninety-nine and below should be written out with letters, not numerals:

In technical fields (like math or science), you spell out numbers ten and below. Numbers above this should be written as numerals:

If a sentence begins with a number, the number should be written out:

You should treat similar numbers in grammatically connected groups alike:

When you write a percentage the number should always be written numerically (even if its ten or under). If you’re writing in a technical field, you should use the percentage symbol (%):

If you’re writing in a nontechnical field, you should spell out the word percent:

In technical settings, degree measures of temperature are normally expressed with the ° symbol rather than by the written word, with a space after the number but not between the symbol and the temperature scale:

Unlike the abbreviations for Fahrenheit and Celsius, the abbreviation for Kelvin (which refers to an absolute scale of temperature) is not preceded by the degree symbol (i.e., 12 K is correct).

Check out these handy resources related to expressing numbers and numerals in text: