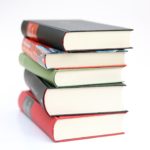 From the article, “Human Rabies Survivors in India: An Emerging Paradox?” by Reeta Subramaniam (Mani)

Rabies, a fatal disease, yet almost 100% preventable by timely and appropriate postexposure prophylaxis (PEP), continues to kill about 20,000 people every year in India, accounting for almost a third of the 61,000 global human deaths due to rabies. This figure may be an underestimate because rabies is not a notifiable disease in India, and systematic surveillance for animal and human rabies is not done.

These tragic deaths continue to happen primarily because a majority of victims do not receive rabies vaccination, and a few of those who do do not complete the full course. Moreover, the use of rabies immunoglobulins (RIG)is abysmally low. This serious lapse in PEP can be attributed to the lack of awareness about the potential seriousness of animal bites and the need for prompt PEP in the community as well as among medical professionals and an irregular supply of antirabies vaccines and RIG, particularly in primary health care facilities. In addition, some dog bite victims cannot afford the cost of PEP or may resort to indigenous treatment practices.

At the other end of the dismal spectrum of the rabies scenario in India, an incredibly paradoxical finding has emerged in the recent past. Survival from human rabies (albeit with severe residual deficits) has been reported in 6 patients in the last 6 years from India, almost unheard of until 2010 except for a single case of partial recovery from rabies reported in 2002. It is a well-known fact that survival from rabies is extremely rare, and only about 15 human survivors from rabies have been reported globally. In fact, we imbibed the tenets of rabies diagnosis as students of medicine decades ago: “If a patient has rabies, he will die in the next few days; if he does not die, he does not have rabies!”

The Neurovirology laboratory at NIMHANS, Bangalore, a WHO Collaborating Centre for Reference and Research on rabies, receives samples from clinically suspected human rabies cases all over India for diagnostic confirmation. In addition to the 6 reported survivors since 2010, over a period of 3 years (2012–2014), 6 patients have been reported to have had prolonged survival of 2 weeks to 3 months after onset of illness, unusual in victims of rabies, for whom the average interval from clinical disease onset to death has been reported to be 5.7 days in furious rabies and 11 days in paralytic rabies. At least a few more, if not many such cases, may be unreported from various hospitals in India, probably for want of a laboratory confirmation of rabies, which remains a challenge.

What could possibly explain the recent unusual surge of human rabies survivors in India?

While public health facilities—the only choice for the socioeconomically underprivileged population in India—may be found wanting, especially in rural areas, in a stark contradiction, several private and some public medical institutes offering world-class medical care have been recognized in India in the last decade or so. Besides being a hub for medical tourism, these advanced medical facilities are accessible to a considerable segment of the Indian population who are economically secure and are covered by health insurance. Access to excellent intensive care facilities and an aggressive approach of management with supportive care may be one of the most important factors contributing to prolonged survival of human rabies cases in India in the recent past. Some of these patients had atypical clinical manifestations, and availability of antemortem diagnostic facilities and the treating physicians’ efforts to obtain an intravitam laboratory confirmation could also have played a critical role. It is likely that the well-publicized survival and almost complete recovery of a teenager in the United States using the “Milwaukee protocol” in 2004 after she developed rabies may have provided an impetus for physicians to attempt aggressive management of human rabies.

Sadly, “survival” has not always been synonymous with “recovery,” and all except one of the reported human survivors in India are left with poor functional outcomes—a tragic occurrence with serious long-term repercussions for family members. Physicians and caregivers are therefore faced with the agonizing dilemma of whether “to treat or not to treat” patients with a diagnosis of rabies. Most public hospitals cannot justify expenditure from already limited resources on a patient with rabies who has statistically negligible chances of complete recovery, leading to several medical, ethical, legal, social, and economic challenges.