How does the structure of a body paragraph support a thesis?

Many authors use the PIE format to structure their essays. PIE = point, illustration, explanation. The point furthers a thesis or claim, the illustration provides support for the point, and the explanation tells the audience why the evidence provided furthers the point and/or the thesis. 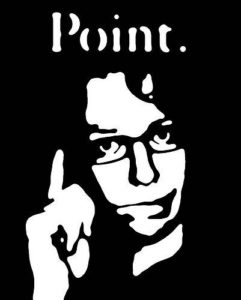 For example, in his argument against the +/- grading system at Radford, student-writer Tareq Hajj makes the Point that “Without the A+, students with high grades in the class would be less motivated to work even harder in order to increase their grades.”

He Illustrates with a quote from a professor who argues, “‘(students) have less incentive to try’” (Fesheraki, 2013).

Hajj then Explains that “not providing [the most motivated students] with additional motivation of a higher grade … is inequitable.”

Through his explanation, Hajj links back to his claim that “A plus-minus grading scale … should not be used at Radford University” because, as he explains, it is “inequitable.”  The PIE structure of his paragraph has served to support his thesis.

What are the types of evidence?

Any text should provide illustrations for each of its points, but it is especially important to provide reliable evidence in an academic argument. This evidence can be based on primary source material or data (the author’s own experience and/or interviews, surveys, polls, experiments, that she may have created and administered). Evidence can also stem from secondary source material or data (books, journals, newspapers, magazines, websites or surveys, experiments, statistics, polls, and other data collected by others).

Let’s say, for example, that you are reading an argument that college instructors should let students use cell phones in class. Primary source material might include a survey the author administered that asks students if policies forbidding cell phone usage actually stop them from using their phones in class.  Secondary sources might include articles about the issue from Faculty Focus or The Chronicle of Higher Education.