The goal of academic writing is to present and articulate an argument to your readers.

Distinguish between simple and complex language

Based on the kind of language that readers encounter in a given piece of writing, a reader will draw conclusions about the writer that can enhance or distract from the persuasiveness of the argument. The writer’s tone, which is conveyed through word choice and sentence structure, impacts the reader’s response. The writer’s tone should be contingent on the type of writing. Academic writing should be more formal than personal writing. This formality is often conveyed through tone. Formal writing requires choosing words that are meaningful to the members of your audience. The ability to craft and control language is essential to writing effectively. Effective language matches the reader’s sense of what is appropriate for a given topic. Given that readers of academic papers expect a more formal level of interaction with a topic than do readers of popular writing, they expect a certain level of technical prose. Nonetheless, one should avoid unnecessarily complicated language, jargon, and clichés. It is important to remember that complicated ideas can be expressed clearly. Additionally, the use of first person in academic writing can be appropriate in certain situations.

The Use of Simple Language

The goal of academic writing is to present and articulate an argument. While utilizing a large vocabulary can be helpful in terms of explaining complicated ideas in different ways, one does not want to complicate the language of a text. While contractions and colloquial words and phrases often make writing sound informal, the use of shorter words does not necessarily indicate an informal style. In fact, many writers prefer simpler language as it can help to clearly convey difficult ideas or concepts. Longer words and sentences may confuse your readers, or can make the writing sound arrogant. Here is an example: 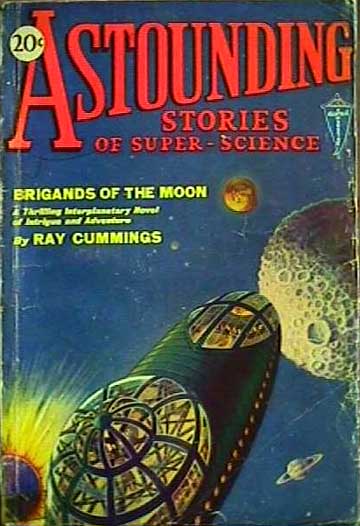 The process of narrativization makes present, within a realm of the imaginary, a social and historical awareness that is unavailable within simple, material facticity: The title demonstrates an example of a sentence that is pretentious and jargon heavy. Avoiding pretentious writing and defining any technical jargon will endow your writing with a clarity that readers will appreciate.

It’s a good rule of thumb, even in academic work, to err on the side of simplicity rather than linguistic ornamentation. In other words, avoid using needlessly inflated words that bloat your prose and distract your readers from your central argument. The goal is formal writing, not extravagant and flowery writing.

Jargon is language that is used in a particular context and may not be well understood outside of that context (e.g. language specific to a particular profession). In some situations, specialized terms can help you communicate effectively. They convey precise, technical meanings economically insofar as many specialized terms have no exact equivalent in everyday speech. They can also help you establish credibility in your field by showing that you are familiar with established conventions.

Still, while there are situations where the use of jargon is appropriate, in academic writing, it’s best to consider the audience first.

Formal writing may require using specialized terms even though some people in your audience may not understand them. For instance, you may be writing to a group of readers that includes people in your field and others outside of it, or you may be explaining an entirely new subject to your readers. In such cases, there are several ways to define the terms for readers who are not familiar with them:

4. Give a classical definition, wherein you define the term by naming some familiar group of things to which it belongs and then identifying the key distinction between the object being defined and the other members of the group.

A cliché is an expression, idea, or element of an artistic work which has become overused to the point of losing its original meaning, or effect, and even to the point of being trite or irritating, especially when at some earlier time it was considered meaningful or novel. While clichés have a certain usefulness insofar as they can quickly communicate familiar ideas, they are rarely appropriate in formal writing. The reason we want to avoid using clichés in academic writing is that they tend to be ambiguous and can come off as overly colloquial and informal.

Teachers or professors may have told you to take out any first-person references to yourself in formal writing, particularly within persuasive papers where you are trying to convince a reader to take a specific position on a given topic. While this is not an absolute rule, it is important to understand why you have been told to avoid using subjective language, such as “I,” “me,” or “my.”

The primary reason that subjective language should be avoided is to improve how a reader perceives the argument you are presenting. Some forms of nonfiction writing, such as essayistic writing, are enhanced by the use of subjective language, which introduces the author as a presence within the text. Frequently, this use of subjective language can imbue the writing with a quality that many feel should be absent from argumentative papers. The use of first-person pronouns demonstrates how the author’s biographical particulars enhance or expose something significant about the topic that they are writing about. However, formal papers, such as those written for college or graduate courses, tend to contain an argumentative structure in which objective language is used to make claims with evidence leading to a particular conclusion.

Using objective language helps shift your presence as a writer into the background in order to foreground the particulars of the argument that you are presenting. This can assist readers in smoothly following the trajectory of your argument toward a particular conclusion, as opposed to being constantly interrupted in order to be reminded that these are your thoughts or opinions. Omitting first-person pronouns from your writing aids in developing a formal tone within your argument.