3.E: What is Academic Research Writing?

Not all useful and valuable writing automatically involves research or can be called “academic research writing.”

So, what is “research writing”?

Research writing is writing that uses evidence (from journals, books, magazines, the Internet, experts, etc.) to persuade or inform an audience about a particular point. 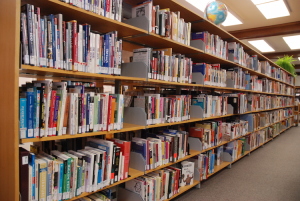 Research writing exists in a variety of different forms. For example, academics, journalists, or other researchers write articles for journals or magazines; academics, professional writers and almost anyone create web pages that both use research to make some sort of point and that show readers how to find more research on a particular topic. All of these types of writing projects can be done by a single writer who seeks advice from others, or by a number of writers who collaborate on the project.

What is academic research writing?

Most academic research writing is based on primary and secondary research

Primary research is usually the “raw stuff” of research—the materials that researchers gather on their own and then analyze in their writing.  For example, primary research would include the following:
•    The experiments done by chemists, physicists, biologists, and other scientists.
•    Researcher-conducted interviews, surveys, polls, or observations.
•    The particular documents or texts (novels, speeches, government documents, and so forth) studied by scholars in fields like English, history, or political science.
Secondary research is usually considered research from texts where one researcher is quoting someone else to make a point.  For example, secondary research would include the following:
•    An article in a scientific journal that reported on the results of someone else’s experiment.
•    A magazine or newspaper account of an interview, survey, or poll done by another researcher.
•    An article in a scholarly journal or a book about a particular novel or speech.
Obviously, the divisions between primary and secondary research are not crystal-clear. But even though these differences between primary and secondary research are somewhat abstract, the differences are good ones to keep in mind when considering what to research and how to conduct the research.  For example, if a student were writing a research project on the connection between pharmaceutical advertising and the high cost of prescription drugs, it would be useful and informative to consider the differences between primary research on the subject (an article where the researcher documents statistical connections) and the secondary research (an essay where another researcher summarizes a variety of studies done by others).
Of course, the term “secondary” research has nothing to do with the quality or value of the research; it just means that to answer the question of the research project and to support the these, the writer must rely on the observations and opinions of others.
Most research projects completed by students in writing classes are based almost exclusively in secondary research because most students in introductory writing classes don’t have the time, resources, or expertise to conduct credible primary research. However, sometimes some modest primary research is a realistic option.  For example, if a student were writing about the dangers of Internet-based computer crime and someone on his campus was an expert in the subject and was available for an interview, the interview would be primary research.  If the student were writing about the problems of parking on campus, he might conduct some primary research in the form of observations, surveys of the students that drive and try to park on campus, interviews of the campus officials in charge of parking, and so forth.
Licenses and Attributions
CC licensed content, Shared previously