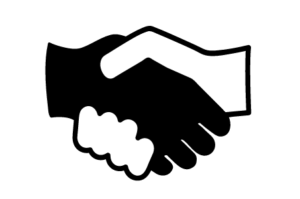 The way each individual speaks can tell us so much about him or her. It tells us what groups they associate themselves with, both ethnically and socially.

As you can see, in the first sentence, him or her agrees with the indefinite pronoun each. However, in the second sentence, the writer has shifted to the plural they, even though the writer is talking about the same group of people. When you write, make sure your agreement is correct and consistent.

As we’ve just seen, indefinite pronouns demand singular pronouns, like in “To each his or her own.” However, in informal speech, you’ll often hear things like “To each their own” or “Someone is singing in the hallway. If they haven’t stopped in five minutes, I’m going to have to take drastic measures.” If you think about your own speech, it’s very likely that you use they as a singular pronoun for someone whose gender you don’t know.

So why do people use they this way, even though it’s a plural? It likely stems from the clunkiness of the phrase “he or she.” It is also possible that they is following the same evolution as the word you. In Early Modern English, you was used as either a plural, second-person pronoun or as a polite form for the more common, singular thee. However, you eventually overtook almost all of the second-person pronouns, both singular and plural.

While this use of the singular they is still not “officially” correct—and you definitely shouldn’t use this in your English papers—it’s interesting to watch English change before our very eyes.