Patchwork plagiarism is when a writer mixes and matches information from various sources without properly citing each source. It's also known as mosaic plagiarism.

Patchwork plagiarism is not as straightforward as complete plagiarism, which involves stealing an entire document. It can include direct plagiarism, or copying whole paragraphs, sentences, or phrases.

However, it’s a bit more insidious because the writer often creates a harlequin composition that includes their own writing style as well.

Of all the diverse forms of plagiarism, patchwork plagiarism can be one of the easiest to commit and one of the hardest to spot. Once you know what you're looking for, however, you'll be able to avoid it completely.

There’s more than one way to commit patchwork plagiarism. Let's take a look at three of the ways in which this could occur.

One way in which patchwork plagiarism occurs is when one takes whole sentences from a source, or several sources, and combines them into new paragraphs.

For example, suppose you encounter these two passages while reading about the history of coffee:

The story goes that that [sic] Kaldi discovered coffee after he noticed that after eating the berries from a certain tree, his goats became so energetic that they did not want to sleep at night.

Kaldi reported his findings to the abbot of the local monastery, who made a drink with the berries and found that it kept him alert through the long hours of evening prayer. The abbot shared his discovery with the other monks at the monastery, and knowledge of the energizing berries began to spread.

If you use sentences from each one to form your own paragraph but don’t cite the sources and use quotation marks, it’s plagiarism. Here’s an example:

"Coffee grown worldwide can trace its heritage back centuries to the ancient coffee forests on the Ethiopian plateau. One of many legends about the discovery of coffee is that of Kaldi, an Arab goatherd who was puzzled by the strange antics of his flock.

The story goes that Kaldi discovered coffee after he noticed that after eating the berries from a certain tree, his goats became so energetic that they did not want to sleep at night. Kaldi supposedly sampled the berries of the evergreen bush on which the goats were feeding and reported his findings to the abbot of the local monastery."

These “new” paragraphs combine sentences from the original sources in a different order. Not only do they involve direct plagiarism of each sentence because they contain no quotation marks, but they have no citations.

A second way to commit patchwork or mosaic plagiarism is to reorder sentences but also change some of the wording, which can make this a type of paraphrasing plagiarism. Here's an example following the passages from above:

"Coffee grown around the world can be traced back centuries to the ancient coffee forests of Ethiopia. Among the many legends about its discovery is the story of Kaldi, an Arab goatherd who was confused by the strange behavior of his flock.

According to the story, Kaldi discovered coffee when he noticed that after eating the berries of a certain bush, his goats were so enlivened that they did not want to sleep at night. Kaldi sampled the berries of the evergreen plant that the goats were eating and reported his findings to the abbot of a nearby monastery."

As you can see, the original sentence structures are mostly intact, as are many of the word choices and phrases. And none of them come with citations. Patchwork plagiarism occurs even if you combine a source's text with your own words.

Be aware that even if most of what you write is original, you might still engage in accidental plagiarism. "Borrowing" a phrase here and there (without a citation) is actually theft, as shown in this example of patchwork plagiarism. The plagiarized phrases are shown in italics.

"What is the origin of the beloved bean that so many of us consume every morning? A legend about how coffee came to be drank centers on Kaldi, an Arab goatherd in the coffee forests on the Ethiopian plateau who was puzzled by the strange antics of his goats.

Kaldi noticed that following consumption of the berries from a certain tree, his goats couldn’t sleep because they were so restless. He excitedly introduced them to the abbot of the local monastery after he sampled the berries for himself and realized they kept him awake, too."

This version of patchwork plagiarism can be tough to detect because it's mixed in with your own words. Advanced plagiarism checkers can still pick up on subtler instances like this one, so it's important to double check your work, especially in a professional or academic setting.

If you’re a student or a professional writer, your professor or publisher probably uses a good plagiarism checker, so make sure your work is really yours. It’s the best way to dodge the numerous bad consequences of plagiarism.

How to Avoid Patchwork Plagiarism

It’s fine to use someone else’s ideas; in fact, all ideas are recycled from one another. The key is to give the person credit. Patchwork plagiarism is easy to do by accident, but there are ways to avoid it and fix the problems that lead to its existence.

In the examples above, you could solve the problem(s) by taking the following actions:

QuillBot’s other tools can give you easy ways to avoid plagiarism, too.

The Citation Generator ensures that all source materials are cited completely and correctly, which is one of the best ways to avoid plagiarism of all kinds.

💡
Need to Cite sources used by you?
QuillBot's Citation Generator will enable you in quickly creating citations in APA, MLA, Chicago, and other styles.
Cite Your Sources Now

The Paraphraser is helpful for avoiding direct plagiarism, and can be used in tandem with the Citation Generator to cite the original sources from which you've paraphrased.

What is the difference between direct plagiarism and patchwork plagiarism?

The more advanced plagiarism checkers, like QuillBot’s, can detect even the faintest instances of plagiarism, including patchwork or mosaic plagiarism.

Along with Paige Pfeifer

Hannah Skaggs is a freelance copyeditor, writer, and nerd. For the past five years, she has mentored countless academics and companies in writing authoritative and compelling content. 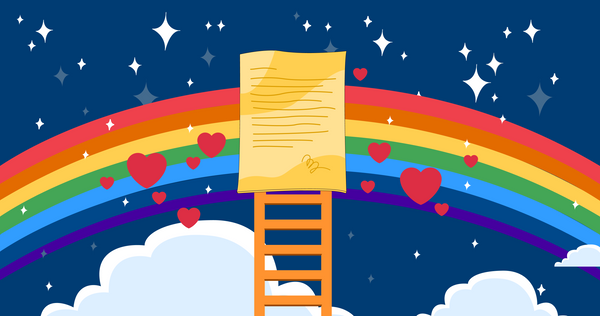